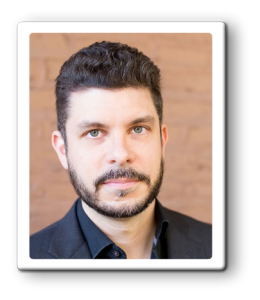 “His Majesty’s” has somehow always been a throughline for me, since first performing with the Clerkes as a high school guest in 1995: a benefit concert for the stained glass windows of beautiful St. James Chapel in my home metropolis of Chicago. I’ve had the good fortune to be a tenor soloist with the evolution of Bella Voce under Andrew Lewis, where Tormis’ Curse Upon Iron, Handel’s Messiah, and the Monteverdi Vespers have been favorites, and these were important credits towards my faculty appointments at the Madison Early Music Festival and my guest residence with Minnesota’s The Rose Ensemble. I therefore couldn’t pass up the chance to perform with His Majesty’s Men, first as a reading project and then the hot summers of very moving concerts with these new and old friends. We frequently trade stories about our earliest choral touchstones, and for me these certainly include The King’s Singers, The Bobs, The Swingle Singers, Boyz II Men, Rockapella, and also the collegiate groups I helped to launch: Golosa Russian Choir, Harmony 8 (now Ransom Notes), and Voices In Your Head, which was picked by Ben Folds himself for his a cappella compilation album.

Like Richard, Spain has always called to me. I’ve worked as an archaeologist in prehistoric painted caves, walked sections of the Camino de Santiago, and studied the exchange of Visigothic and Mozarabic architectural ideas in early medieval churches in around Santander and in Asturias. Hearing chant in Santo Domingo de Silos converted me from medieval art scholar to medieval singer, and I’ve consequently been managing Chicago’s Schola Antiqua since the early years of this millennium. My path to professional singing has been a winding pilgrim’s route and one I would not trade. I live in the Chicago suburb of Oak Park with my wife Katie – we met singing – and our two kids. Across our travels we collect and explore Celtic folk instruments including tinwhistles, Tolkien books in many translations, and Lego. When not on the road with various projects you might find me in the tower of the University of Chicago’s Rockefeller Chapel between the peregrine falcons and the squirrels.